The Magnitude of a Star 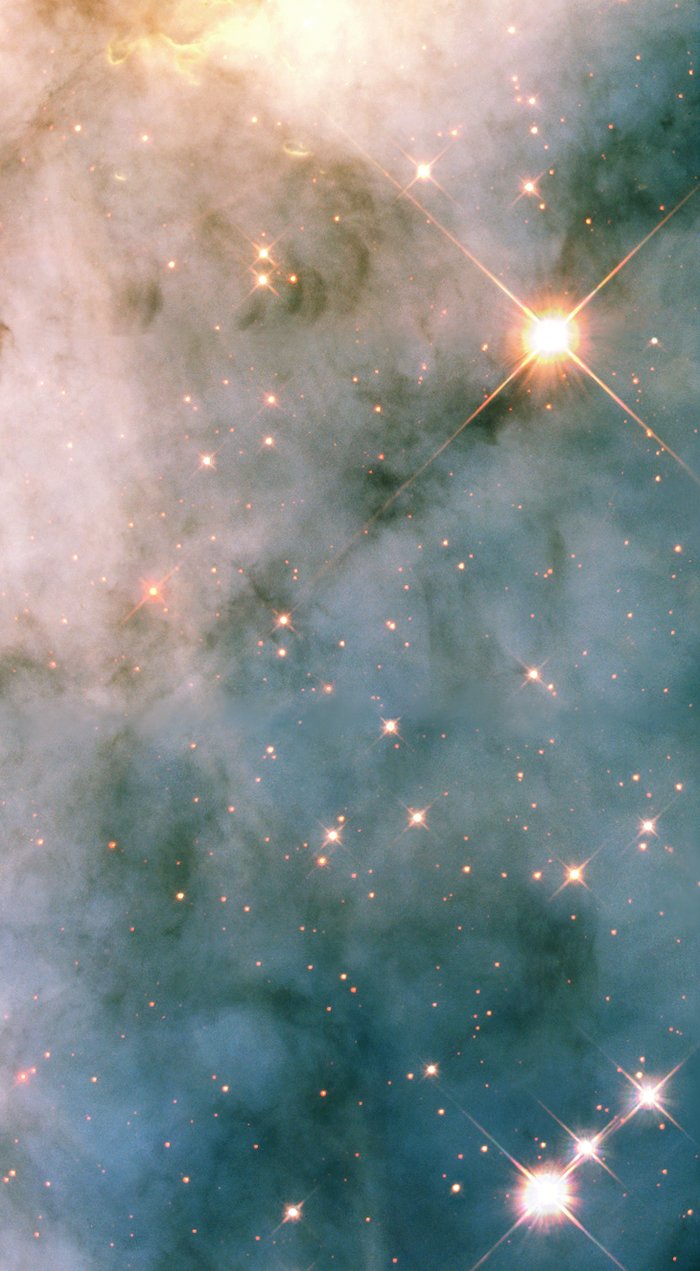 Featured image is a picture taken by the Hubble Telescope of the Swan Nebula. All rights reserved.

Hey folks, I’m alive, see?
Here’s another short from The Book. I hope you enjoy it!
If you’re interested in reading more, please see previous posts under the Science Fiction header.
Be sure to check out FairiesRoamWriting Facebook. Feel free to share!

A friend and I have been running various prompts using one-liners in order to hold ourselves accountable for writing.
This takes place sometime between the pick up and Beginning of an Aftermath
and features flashbacks of Merrikh’s past, and tidbits from Between the Stars.

How do you quantify the magnitude of a star?

Silence echoed an answer in the gentle artificial breeze as Merrikh sat, staring up at the stars through the boughs of scarlet trees. Unseen giant fans moved the air through the expansive room, rustling the floating embers of his unruly hair. His elbows rested on bent knees, neck straining as his gaze followed the slow movement of their propulsion through space.

It was a hypothetical question. Rhetorical. For instance, you could measure a star’s mass or its temperature. You could measure how far its warm fingers reached out into the vacuum oblivion of nothingness. A star was something tangible. However, the energy it exudes is far from what most would consider tangible. Most.

Merrikh’s gaze shifted to his hands as fire licked out over his knuckles. He smiled wistfully, closing his hand over the flame and retracting his energy. Tangible, eh?

He sighed and stretched his legs out, leaning back against the trunk of the tree he sat beneath, intertwining his fingers on his lap.

Blue hair haunted his senses. A phantom memory of sweet perfume and a sonorous laugh that filled his body with reminiscence.

“I dream about it sometimes.” He’d told the captain. The splintering debris of a planetary escape pod was by far the understatement of a dream; it launched him from his cot in a desperate attempt to escape his demons on a regular basis. A night terror, the therapists would call it. A constant and haunting reminder that he, of all the people in his lonesome solar system, had survived the evitable.

Evitable. Now that was a rhetorical concept, too. Perhaps it was inevitable, the Ashen empire had its tight grasp within the Dress’s government. Their dark, whispering, fazing shapes and soulless eyes. The scritch scratch of disembodied voice that hissed through their figures.

“Place your belongings in the bins so they can be disinfected, they will be returned to you later.” The large man at the front of the line called ahead.

Merrikh was a young man again, holding tightly to two tiny hands in each of his own. The twins squirmed, arching their necks to and fro in desperate search for their parents.     Merrikh was numbly staring at the line ahead of him, barely focusing on the grip that held him tightly to the only living remnants of those he’d lost.

Unfamiliar faces and figures slipped past him, forcing him to move his small family unit forward until a large hand stopped him. For such a large man, the voice that brought him back to his senses was gentle. “Son, you’ll need to remove that.”

Merrikh blinked at him before glancing down at his left hand. He swallowed, suddenly hyperaware of the cold metal against his skin. He paused and scooped Avidine into the crook of his arm to avoid the youngster scampering off and briefly released Niv’adde’s hand in order to tug the silver ring from his finger. He handed it gingerly to the man who slipped it quickly into a baggy. “What’s your name, son?”

Merrikh swallowed, grasping Niv’adde’s hand quickly as Avidine began to grumble and squirm in his arms. “Merrikh Seerkin.” He bounced his nephew against his hip thoughtlessly. “I’m a friend of the captain’s.”

“The boys got names?” The man carefully prodded.

Merrikh fought the torrent of emotions that threatened to overtake numbness. He cleared his throat, “Avidine and Niv’adde Seerkin, my nephews.”

Merrikh swallowed. “They were on the escape pod that left just after ours.”

The man’s shoulders stiffened, and he nodded gruffly. “Alright, son. Any other belongings you’re bringing?”

Merrikh faltered and released Niv’adde’s hand once more, causing the small child to begin to wail helplessly above the din of humanoids, to reach into his pocket for the locket his sister had given him and the small wallet that contained various pictures. He’d always been pestered to keep it on his person. “Just these.” His numb mind envisioned his sister throwing a fit at leaving it in the hands of a stranger, her dark hair falling in waves around her tiny figure as her husband held her back from accosting the poor man who was simply doing his job.

“Move along. We’ll make sure they return safely to your cabin once it’s assigned,” the man promised, fitting them into the same bag where his ring had gone.

His hand wavered in front of his red, reptilian eyes. Fireless, bare-skinned. The lines of sinew beneath a thin layer of tanned epithelium, of keratin ridges that formed joint folds and fingerprints. He stared at where that thin band of silver would have sat against the junction between fingers and palm. He could still vividly conjure the image of it resting there.

He closed his fist and let it fall against his chest with a soft thud. The familiar sound of metal creaked through the quiet night air. He watched as the solar panels shifted and closed off the sight of the stars above the arboretum. He shuffled his aching body to stand. If the panels were closing, it meant the ship was just hours from its dawn lighting. He ought to get some rest so that he could continue his training sessions with his youngest protégée.

This entry was posted on February 23, 2019 by spritzyclover. It was filed under Original, Science Fiction, The Book, Writing Prompts .